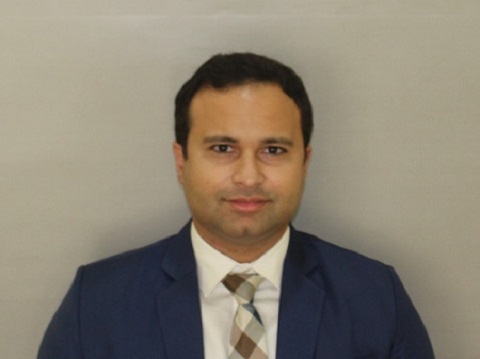 Globalization and Multinationals: two buzz words of the Millennium! Twenty years later they have led to an imbalanced global distribution of wealth and power. And that is not all! This power is now being misused!

Over the past two decades, countries have used oppression and state control to get an unfair advantage in global markets. Companies are getting bigger and richer at the cost of competition and fair trade. This leads to the rich getting richer at the cost of the bottom 99%. The situation is such that it is not sustainable and thus there will always be the impending threat of a push back by humanity to achieve equilibrium.

The push back is a silent revolution that is happening. Let us take examples of large and diverse industries, for e.g., Energy, Automobiles, Cinema, Alcoholic beverages, Cosmetics, Food, etc. There are many, many more but let us take these for now.

In energy, because of renewable energy forms like solar, wind and micro hydro plants, power generation and distribution need not be managed by large businesses. It has become MICRO.

A typical fossil fuel powered automobile has thousands of parts. With electric mobility coming in, the moving parts have reduced drastically. Combine this with advances in additive manufacturing (3D printing) and you now have a scenario where lots of new smaller players can start making Automobiles at a fraction of the investment required earlier. This industry too is slowly becoming MICRO.

Let us move to entertainment, movies for example. Earlier one had to invest a lot of money to make a movie. Expensive cameras, film sets, props, expensive editing equipment, software, distribution and then recover all these costs. Also, this was localised in the hands of a few ' connected ' people. Today, anyone with a mobile phone, decent content, and an internet connection can become a movie producer. Anyone can become a star overnight. Such is the power of technology and social media. It has made entry barriers so low that almost anyone can venture into film production and distribute globally.

From a customer perspective I can get entertainment content of my choosing, when I want it, how I want it, and at a place and time of my choosing. This industry too has become MICRO. MICRO content creators!!

Let us look at Alcoholic beverages, I am sure everyone has heard of Micro Breweries which have come up in thousands all over. These units are slowly taking market share from the large, organized players. Death by a thousand cuts for the larger players?

Cosmetics, food, nutrition all these industries are now getting Micro, with people setting up manufacturing in their kitchens, garages, or galas, working with small farmers, small suppliers, following ethical practices, organic produce, no chemicals, no hormones, natural ingredients. All of them can market using social media and distribute using disruptive technologies.

The above principle can be applied to almost every industry now days.

What does this MICRO revolution do at the MACRO level?

At a Macro level, this is creating employment. Because these products chip away at the market share of larger players, it is creating a redistribution of wealth. In the long run some of these start-ups will become big national or international players. They could also be bought out by a larger player.

Will larger companies cease to exist? Definitely not! But some industries may shift to a 100% micro business, having millions of smaller enterprises, creating new opportunities and a more equitable distribution of wealth.

What is enabling all this?

Simply put, the use of social media as a marketing platform. Mobile computing, cloud technology, AI, digital manufacturing technologies that get you to prototype quickly, and a whole list of Apps that automate a lot of routine repetitive processes that business need to do. All this reduces the overhead cost and start-up cost. Thus, enabling an entrepreneur to focus only on what is important. Imagine once drones and autonomous driving become the norm, distribution costs can drop even further.

How do we prepare for this revolution?

From an organization perspective, one must design an organization/ business to cater to several hundreds of small customers. The market will get fragmented. In terms of preparing the next generation, they will have to develop several skills like coding, use of designing software: 2D as well as 3D, video creation and editing and original content creation.
As for an individual, the only thing that can secure one’s future is originality and adaptability!
Latest post